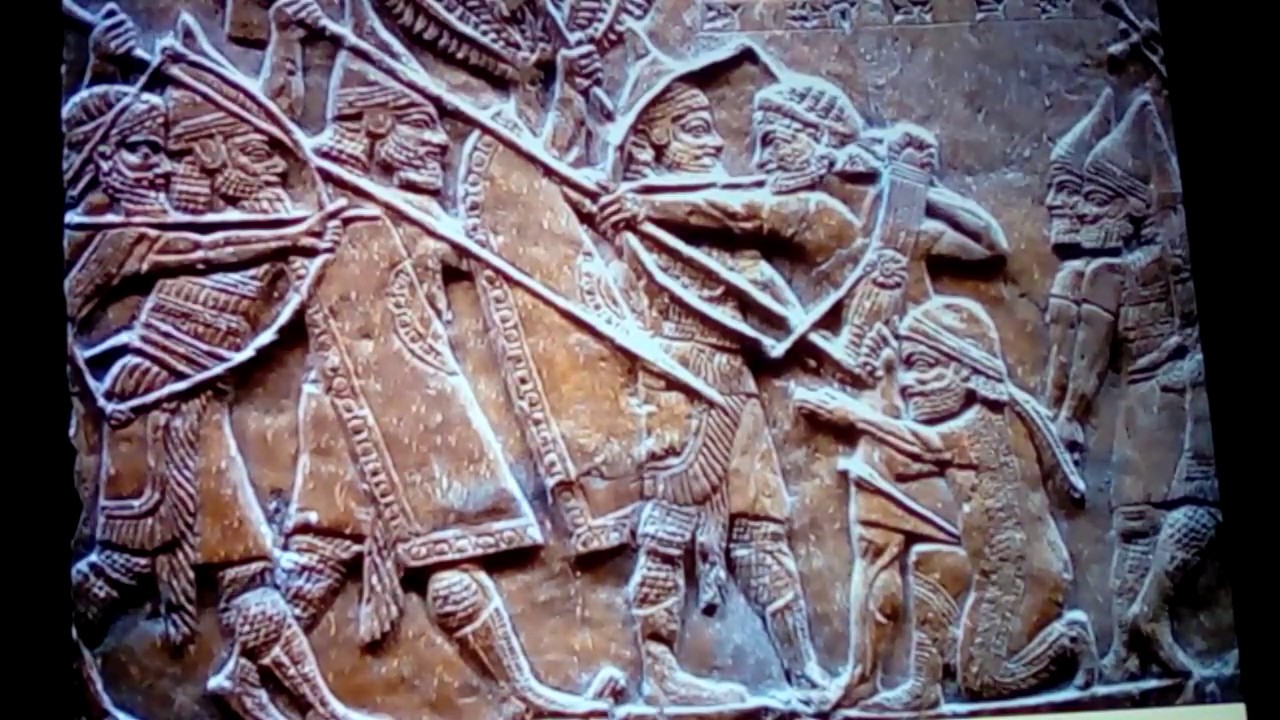 But, more strikingly, I draw attention to the succession of Shutrukid rulers of Elam of the era of Merodach-baladan I who can be equated,

as a full succession, with those of the era of Merodach-baladan II.

A crucial part of my revision of ancient history, of shortening it significantly so as to eliminate those unwanted ‘Dark Ages’, has been my folding of the C12th BC into the C8th BC – a logical consequence, I would think, of Dr. I. Velikovsky’s earlier folding of the C14th BC (El Amarna) into the C9th BC.

And it appears to have art-historical support. For previously I had written on this:

Art, Architecture and Other Overlaps

Revisionist scholars have argued for an overlap of the art and architecture of both (supposedly) historical periods in question here – but eras that I am suggesting need to be fused into one. The likes of professor Lewis M. Greenberg (“The Lion Gate at Mycenae”, Pensée, IVR III, 1973, p. 28); Peter James (Centuries of Darkness, p. 273); Emmet Sweeney (Ramessides, Medes and Persians, p. 24), and others, have all come to light with art-historical observations of striking likenesses between art works of the 13th-12th centuries BC, on the one hand, and the 9th-8th centuries BC art and architecture, on the other. I, in my postgraduate university thesis,

A Revised History of the Era of King Hezekiah of Judah

I should like to recall that my revision of this actual period of Mesopotamian history may have some degree of art-historical support; for, as already noted in Chapter 3 (p. 81), James claims to have found artistic likenesses between the C13th-12th’s BC and the neo-Assyrian period  – though admittedly the data is scarce [Centuries of Darkness, p. 273]: ….

Developments in art are also difficult to trace. Not only is there a dearth of material, but styles on either side of the gulf between the 12th and 10th centuries BC are curiously similar. One scholar noted that the forms and decoration of the intricately carved Assyrian seals of the 12th century are ‘clearly late’, as they ‘point the way to the ornate figures which line the walls of the Neo-Assyrian palace of Assurnasirpal [mid-9th century BC]’. The sculptors employed by this king, in the words of another expert on Assyrian art, ‘worked within a tradition that went back to the thirteenth century BC’. Not surprisingly, then, the dating of the few sculptures which might belong to this grey period has been hotly debated.

The most remarkable evidence for the need of such a C12th BC into C8th BC folding are the Elamite kings, a succession of three of whom in the C12th BC appear to re-emerge, again in succession, in the C8th BC.

This sort of strange ‘afterglow’ is commonly encountered in history, but is simply accepted as a coincidence by the conventionalists.

This is what I wrote on the Elamite kings:

In 1985, Lester Mitcham had attempted to identify the point of fold in the Assyrian King List [AKL], necessary for accommodating the downward revision of ancient history. (“A New Interpretation of the Assyrian King List”, Proc. 3rd Seminar of C and AH, pp. 51-56). He looked to bridge a gap of 170 years by bringing the formerly C12th BC Assyrian king,  Ninurta-apil-Ekur, to within closer range of his known C14th BC ancestor, Eriba-Adad I. In the same publication, Dean Hickman had argued even more radically for a lowering, by virtually a millennium, of formerly C19th BC king Shamsi-Adad I, now to be recognised as the biblical king, Hadadezer, a Syrian foe of king David of Israel. (“The Dating of Hammurabi”, pp. 13-28). And I myself have accepted this adjustment in:

Hammurabi and Zimri-Lim as Contemporaries of Solomon

Prior to all that, Dr. Immanuel Velikovsky had of course urged for a folding of the C14th BC Kassite king {and el-Amarna correspondent}, Burnaburiash II, with the C9th BC Assyrian king, Shalmaneser III, who had conquered Babylon. (Ages in Chaos, Vol. I, 1952).

And there have been other attempts as well to bring order to Mesopotamian history and chronology; for example, Phillip Clapham‟s attempt to identify the C13th Assyrian king, Tukulti-Ninurta I, with the C8th BC king, Sennacherib. (“Hittites and Phrygians”, C and AH, Vol. IV, pt. 2, July, 1982, p. 111). Clapham soon realised that, despite some initially  promising similarities, these two kings could not realistically be merged. (ibid., Addenda, p. 113). Whilst all of these attempts have some merit, other efforts were doomed right from the start because they infringed against established archaeological sequences. Thus Mitcham, again, exposed Sweeney’s defence of Professor Heinsohn’s radical revision, because of its blatant disregard, in part, for archaeological fact. (“Support for Heinsohn’s Chronology is Misplaced”, C and CW, 1988, 1, pp. 7-12).

Here I want briefly to propose what I think can be a most compelling fold; one that

(a) does not infringe against archaeology, and that

(b) harmonises approximately with previous art-historical observations of likenesses  between 13th-12th centuries BC and 9th-8th centuries BC art and architecture. And it also has the advantage – unlike Mitcham’s and Clapham’s efforts – of

I begin by connecting Merodach-baladan I and II (also equated by Heinsohn – as noted by Mitcham, op. cit.), each of 12-13 years of reign, about whose kudurrus Brinkman remarked (op. cit., p. 87, footnote 456):

Four kudurrus …, taken together with evidence of his building activity in Borsippa … show Merodach-baladan I still master in his own domain. The bricks recording the  building of the temple of Eanna in Uruk …, assigned to Merodach-baladan I by the British Museum‟s A Guide to the Babylonian and Assyrian Antiquities … cannot now be readily located in the Museum for consultation; it is highly probable, however, that these bricks belong to Merodach-baladan II (see Studies Oppenheim, p. 42 …).

My proposal here involves a C12th to C8th BC fold.

This is already far too striking, I think, to be accidental. And it, coupled with the Merodach-baladan pairing, may offer far more obvious promise than have previous efforts of revision. ….

New evidence might even suggest that the C8th BC Shutur-Nakhkhunte, whom I have coupled with the C12th BC, Shutruk-Nahhunte, might better be named also as Shutruk-Nahhunte. This would, then, further strengthen my comparisons.

In 710 (year 12), the king of Elam came to the aid of the king of Babylonia, Merodach-baladan. There is a problem concerning his name in the Annals: he is named Humban-nikash on one occasion and Shuturnahhunte on several others. …. There are some contradictions between the Assyrian and Neo-Elamite inscriptions concerning this period, in particular the confusion between Shutur-nahhunte and Shutruk-nahhunte. …. The chronology concerning the Sargon period is now well-established: Humban-nikash I (743–717) and his successor Shutruk-nahhunte II (717–699), wrongly named Shutur-nahhunte in the Assyrian texts; Shutur-nahhunte reigned ca. 645–620. According to the Babylonian Chronicle, “Shutruknahhunte (II), his sister’s son (of Humban-nikash) ascended the throne in Elam.”97 Consequently, the name of Humban-nikash in the Annals for 710 (year 12) was a scribal error because this king had died in 717.

The sources for the reign of Shutruk-nahhunte II are the Neo-Elamite inscriptions and the Assyrian and Babylonian records, all of which differ on some points. In his own inscriptions, the Elamite king reported that he led successful campaigns to enlarge his territory, endowed temples, and set up stelae for the gods. According to the Assyrian sources, the allies of Merodach-baladan and Shutruk-nahhunte were first defeated. ….