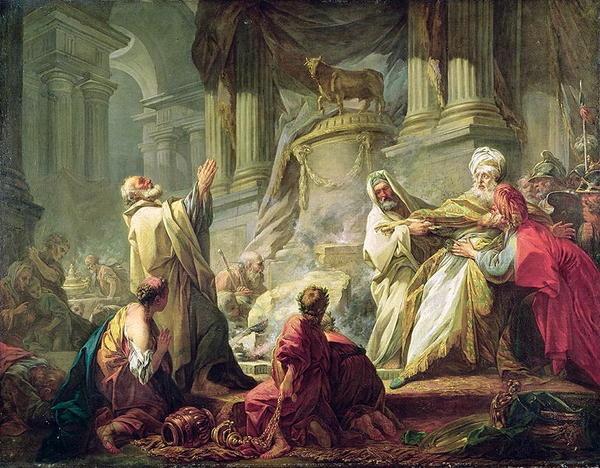 “For the statutes of Omri are kept, and all the works of the house of Ahab,

and you walk in their counsels; that I should make you a desolation, and the inhabitants

thereof an hissing: therefore you shall bear the reproach of my people”.

With the obscure King Omri (qua Omri) now expanded into Jeroboam I:

then it becomes somewhat clearer what may have been “the statutes of Omri” as referred to by the prophet Micah.

They were the unorthodox religious laws and teachings of Jeroboam I.

And they had much of their inspiration from Egypt, where Jeroboam lived prior to his reign in Israel. King Jeroboam even uses the very same description of his golden calves that the MBI Israelites had used of theirs in the desert:

Jeroboam thought to himself, ‘The kingdom will now likely revert to the house of David. If these people go up to offer sacrifices at the temple of the Lord in Jerusalem, they will again give their allegiance to their lord, Rehoboam king of Judah. They will kill me and return to King Rehoboam’.

After seeking advice, the king made two golden calves. He said to the people, ‘It is too much for you to go up to Jerusalem. Here are your gods, Israel, who brought you up out of Egypt’. One he set up in Bethel, and the other in Dan. And this thing became a sin; the people came to worship the one at Bethel and went as far as Dan to worship the other.

Jeroboam built shrines on high places and appointed priests from all sorts of people, even though they were not Levites. He instituted a festival on the fifteenth day of the eighth month, like the festival held in Judah, and offered sacrifices on the altar. This he did in Bethel, sacrificing to the calves he had made. And at Bethel he also installed priests at the high places he had made. On the fifteenth day of the eighth month, a month of his own choosing, he offered sacrifices on the altar he had built at Bethel. So he instituted the festival for the Israelites and went up to the altar to make offerings.

Micah compares, but also distinguishes between, “the statutes of Omri … and all the works of the house of Ahab”.

For, as we read in the above-mentioned article, Omri and Ahab – though universally thought to have been successive rulers of Israel – in reality belonged to separate houses, that of Jeroboam and that of Ahab. 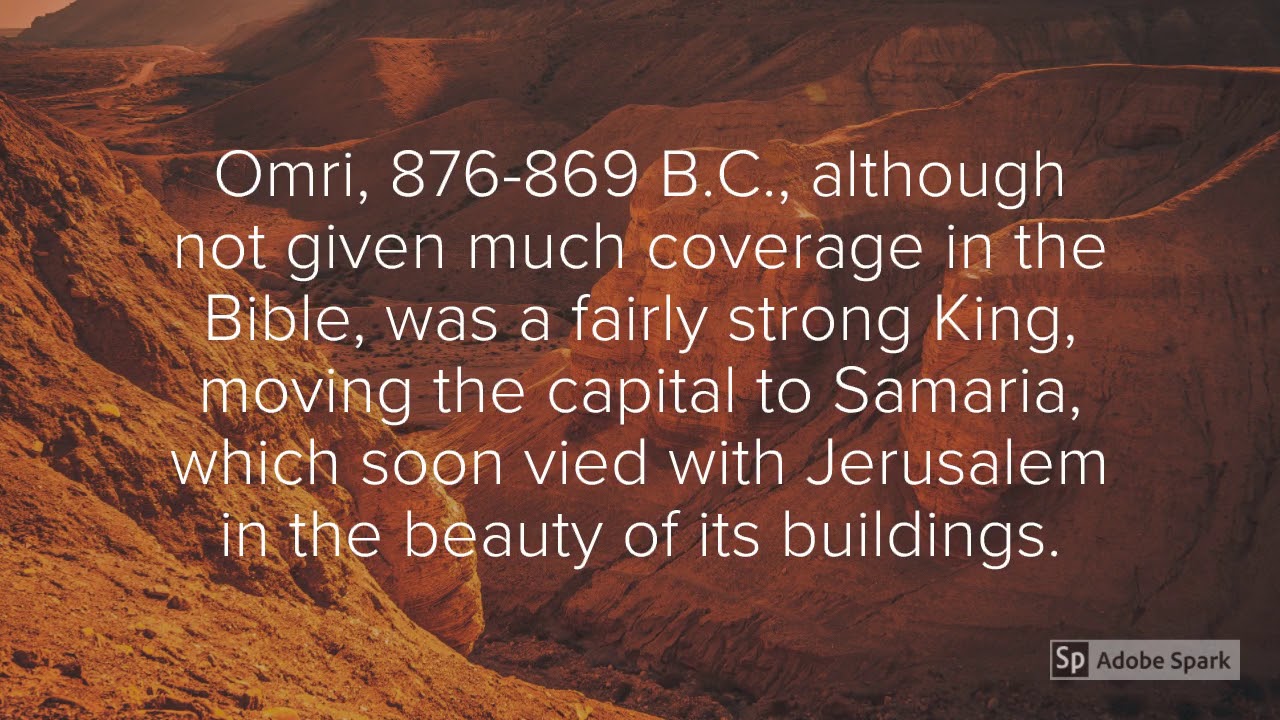 Yet the name Omri’s house is conspicuously missing from the Bible.

Instead, the same dynasty is always called Ahab’s house, although Omri was

the dynastic founder and Ahab was his successor”.

Suspecting yesterday morning (16th September, 2019), once again, that there may be some degree of duplication amongst the listings of the kings of Israel of the Divided Monarchy period, which thought prompted me later that day to write:

and then reading through the accounts of the kings of Israel in Kings and Chronicles, I was really surprised to find that Omri does not figure directly in Chronicles.

That I was not mistaken or deluding myself about this was confirmed when I read the following in Wilfred J. Hahn’s article “Omri: The Merger King”:

King Omri was one of the most influential kings of the northern kingdom of Israel. It would be difficult to discern this from the Bible alone without careful study. As only 13 verses (1 Kings 16:16-28) recount the history of this man, it would be easy to overlook his significance. Unusually, no direct mention is even made of his reign in the books of Chronicles, apart from referring to his son, Ahab, and grandsons Ahaziah and Joram. The only biblical indication we get of the repute of his legacy is found in Micah 6:16.

Another famous name amongst the kings of Israel (Divided Kingdom) who is missing from Chronicles is Jeroboam II.

Regarding this surprising omission I have noted “that some of the most defining political and military events received little attention from the theologically-oriented writer of the Scriptures” … may not necessarily be entirely true. Jeroboam so-called II may figure more prominently in the Scriptures than is thought – but under an alter ego.

And now I am going to suggest the very same thing, that we may need to begin to look for the – seemingly neglected in the Scriptures, but undoubtedly famous – Omri (qua “Omri”) under the guise of Jeroboam I.

That Omri, currently designated as the sixth king of Israel (Divided Kingdom):

needs to be located significantly earlier than this is quite apparent from the fact that Omri was involved in war with Ben-Hadad I’s father, Tab-rimmon, who was, in turn (it can be estimated), a contemporary of Abijah king of Judah.

I Kings 15:18: “Asa then took all the silver and gold that was left in the treasuries of the Lord’s temple and of his own palace. He entrusted it to his officials and sent them to Ben-Hadad son of Tabrimmon”. That this Tab-rimmon had warred with Ahab’s father, Omri, is apparent from Ben-Hadad’s statement to Ahab in I Kings 20:34: “So Ben-Hadad said to [Ahab], ‘The cities which my father took from your father I will restore; and you may set up marketplaces for yourself in Damascus, as my father did in Samaria’.”

King Omri of Israel, whose fame extended down even to the neo-Assyrian period – referred to by the Assyrian kings as “House of Omri (Bīt Humri) – did not need for the Scriptures also to mention an “Omri’s house”, because the king already had his “Jeroboam’s house”.

Thus Omri was actually the first, not the sixth, king of Israel (Divided Monarchy).