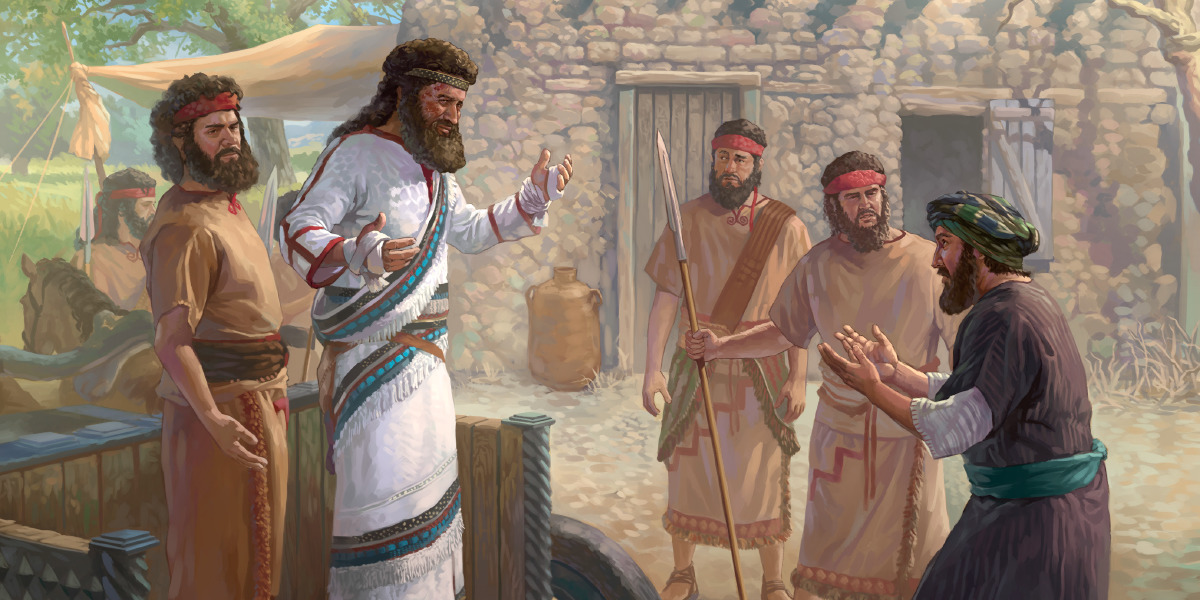 Hazael’s being Na’aman (if that is who he was) would account for the curious fact that Yahweh had commissioned the prophet Elijah at Sinai to anoint a Syrian.

For Na’aman was a Syrian who had (in his own fashion) converted to Yahwism.

Dr. Velikovsky had put together quite a reasonable case for EA’s Ianhama to have been the biblical Na’aman the leper.

Might this Ianhama, though, have been a bit too early for the healing of Na’aman by the prophet Elisha: “Yanhamu began his service under Amenophis III” (E. Campbell, The Chronology of the Amarna Letters, Section C. “Yanhamu and the South”, 1964, p. 93) – the miraculous biblical incident having occurred not very long, apparently, before the assassination of Ben-Hadad I? The latter event I would estimate to have been significantly later than the time of pharaoh Amenhotep ‘the Magnificent’.

Another possibility for the historical identification of the haughty Syrian captain, Na’aman, I would tentatively suggest, would be Hazael himself, whom Dr. Velikovsky had wonderfully identified with Aziru of the EA series.

Hazael was, like Na’aman, a Syrian (I Kings 19:15): “The Lord said to [Elijah], ‘Go back the way you came, and go to the Desert of Damascus. When you get there, anoint Hazael king over Aram’.”

with the fact that Hazael had close personal access to his “master” (same Hebrew word, adoni

Then Hazael left Elisha and returned to his master [אֲדֹנִי]. When Ben-Hadad asked, ‘What did Elisha say to you?’ Hazael replied, ‘He told me that you would certainly recover’.  But the next day he took a thick cloth, soaked it in water and spread it over the king’s face, so that he died. Then Hazael succeeded him as king.

Hazael’s being Na’aman (if that is who he was) would account for the curious fact that Yahweh had commissioned the prophet Elijah at Sinai to anoint a Syrian. For Na’aman was a Syrian who had (in his own fashion) converted to Yahwism.

Moreover, the former Syrian captain was militarily astute, “Na’aman …. was a valiant soldier” (2 Kings 5:1), who may have begun the demise of the House of Ahab himself by fatally shooting Ahab with an arrow (Emil G. Hirsch, et al., “Naaman”):

And the Syrian captain would have considered the disposal of Ben-Hadad I as being a Divinely commissioned task, especially after this (2 Kings 8:13): “Hazael said, ‘How could your servant, a mere dog, accomplish such a feat?’ ‘The Lord has shown me that you will become king of Aram’, answered Elisha”.

Finally, as Velikovsky had found Na’aman to have been “a generous man”, as is apparent from 2 Kings 5:5: “So Naaman left, taking with him ten talents of silver, six thousand shekels of gold and ten sets of clothing”, so, too, was Hazael an extremely generous man (2 Kings 8:9): “Hazael went to meet Elisha, taking with him as a gift forty camel-loads of all the finest wares of Damascus”.