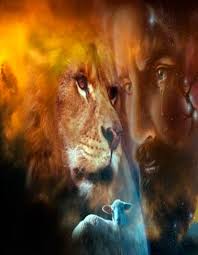 “By the hand of Malachi … whose name is called Ezra the scribe”.

Here I consider the view expressed in a gloss to Malachi (1:1),

in the Targum of Jonathan ben Uzziel,

that the prophet Malachi was Ezra the scribe.

That Jewish tradition variously identifies the prophet Malachi as Mordecai, or Ezra, is apparent from the following piece in the Jewish Encyclopedia article, “Malachi, Book of” (http://www.jewishencyclopedia.com/articles/10321-malachi-book-of):

Malachi is identified with Mordecai by R. Naḥman and with Ezra by Joshua b. Ḳarḥa (Meg. 15a). Jerome, in his preface to the commentary on Malachi, mentions that in his day the belief was current that Malachi was identical with Ezra (“Malachi Hebræi Esdram Existimant”). The Targum of Jonathan ben Uzziel to the words “By the hand of Malachi” (i. 1) gives the gloss “Whose name is called Ezra the scribe.” According to Soṭah 48b, when Malachi died the Holy Spirit departed from Israel.

According to R. H. 19b, he was one of the three prophets concerning whom there are certain traditions with regard to the fixing of the Jewish almanac. A tradition preserved in pseudo-Epiphanius (“De Vitis Proph.”) relates that Malachi was of the tribe of Zebulun, and was born after the Captivity. According to the same apocryphal story he died young, and was buried in his own country with his fathers.

Was Malachi, Mordecai, or was he Ezra?

Though either person appears to have been considered a candidate for Malachi, I would definitely favour the priestly Ezra over the Benjaminite Mordecai, given Malachi’s priestly proclivities (e.g., his desire for a sincere priesthood and right Temple worship), and his lateness: “The Book of Malachi is the last in the canon of the Old Testament Prophets” (Jewish Encyclopedia, “Malachi, Book of”).

According to my recent extensions of Mordecai, as Daniel:

Belshazzar’s Feast in the Book of Esther?

and of Ezra, as Nehemiah:

Ezra the Scribe Identified as Nehemiah the Governor

It is commonly thought that Malachi (Heb: מַלְאָכִי) was not actually the prophet’s (or writer’s) name. Thus we read again in Jewish Encyclopedia (“Malachi, Book of”):

The name is not a “nomen proprium”; it is generally assumed to be an abbreviation of (=”messenger of Yhwh”), which conforms to the Μαλαχίας of the Septuagint and the “Malachias” of the Vulgate. The Septuagint superscription is ὲν χειρὶ ἀγγήλου αὐτοῦ, for . Wellhausen, Kuenen, and Nowack consider ch. i. 1 a late addition, pointing to Zech. ix. 1, xii. 1. Cornill states that Zech. ix.-xiv. and Malachi are anonymous, and were, therefore, placed at the end of the prophetical books. Mal. iii. 1 shows almost conclusively that the term was misunderstood, and that the proper name originated in a misconception of the word.

Times of the Prophet Malachi

“The Book of Malachi fits the situation amid which Nehemiah worked

as snugly as a bone fits its socket”.

Now, the prophet Malachi is considered to have been largely a contemporary of Ezra-Nehemiah: “On internal evidence the book, a collection of prophetic oracles, is usually dated c. 460 B.C. [conventional dating], shortly before the reforms of Nehemiah and Ezra” (http://www.reference.com/browse/malachi). Let us look further into this.

We read about the likely true era of Malachi in the International Standard Bible Encyclopedia [ISBE] article, “Malachi”, at: http://biblehub.com/topical/m/malachi.htm

Opinions vary as to the prophet’s exact date, but nearly all scholars are agreed that Malachi prophesied during the Persian period, and after the reconstruction and dedication of the second temple in 516 B.C. (compare Malachi 1:10; Malachi 3:1, 10). The prophet speaks of the people’s “governor” (Hebrew pechah, Malachi 1:8), as do Haggai and Nehemiah (Haggai 1:1 Nehemiah 5:14; Nehemiah 12:26). The social conditions portrayed are unquestionably those also of the period of the Restoration. More specifically, Malachi probably lived and labored during the times of Ezra and Nehemiah. Serious abuses had crept into Jewish life; the priests had become lax and degenerate, defective and inferior sacrifices were allowed to be offered upon the temple altar, the people were neglecting their tithes, divorce was common and God’s covenant was forgotten and ignored; just such abuses as we know from the Book of Ne[hemiah] were common in his day (compare Nehemiah 3:5; Nehemiah 5:1-13). Yet, it is doubtful whether Malachi preached during Nehemiah’s active governorship; for in Malachi 1:8 it is implied that gifts might be offered to the “governor”, whereas Nehemiah tells us that he declined all such (Nehemiah 5:15, 18).

The Pulpit Commentary, though, takes a somewhat different view of this gubernatorial situation (http://biblehub.com/malachi/1-8.htm):

Offer it now unto thy governor. The word for “governor” is pechah, as in Haggai 1:1 (where see note). It denotes a ruler set over a province by a Persian king. As Nehemiah had refused to be burdensome to the people (Nehemiah 5:14-18), it is thought that Malachi must have written this when some other person was acting as governor. But Nehemiah’s generosity was exhibited in his earlier administration, and he may have thought it right to take the dues under a more prosperous state of affairs. The prophet may be putting the ease generally – Would you dare offer such things to your governor? At any rate, the question is not about provisions and dues supplied to the governor and liable to be exacted by him in his official capacity, but about voluntary offerings and presents, without which no inferior would presume to appear before his prince (see Introduction, § II.). To offer to such a one what was mean and defective would be nothing less than an insult; and yet they thought this was good enough for God.

Fr. C. Stuhlmueller (C.P.), writing on “Malachi” for The Jerome Biblical Commentary, regards him similarly (to rabbinical literature) as Ezra-like (23:54): “This unknown Prophet shows himself to be a patriotic Jew unable to tolerate mixed marriages lest the land become “unclean” from the “abominable” and sensuous types of worship common among the pagans (Ezr 9:11)”.

The religious abuses that Malachi excoriated are exactly the same crimes that Nehemiah and Ezra combatted and successfully stamped out ….

Returning to the ISBE article, we find that ‘snug fit’ for Malachi at the time of Nehemiah:

On the other hand, the abuses which Malachi attacked correspond so exactly with those which Nehemiah found on his 2nd visit to Jerusalem in 432 B.C. (Nehemiah 13:7) that it seems reasonably certain that he prophesied shortly before that date, i.e. between 445 and 432 B.C. As Dr. J.M.P. Smith says, “The Book of Malachi fits the situation amid which Nehemiah worked as snugly as a bone fits its socket” (ICC, 7). That the prophet should exhort the people to remember the law of Moses, which was publicly read by Ezra in the year 444 B.C., is in perfect agreement with this conclusion, despite the fact that Stade, Cornill and Kautzsch argue for a date prior to the time of Ezra. On the other hand, Nagelsbach, Kohler, Orelli, Reuss and Volck rightly place the book in the period between the two visits of Nehemiah (445-432 B.C.).

As far as I can tell, there appears to be no major obstacle towards accepting the view of the Targum of Jonathan ben Uzziel that “Malachi”, so-called, is to be identified with the priest, Ezra (whom I have further identified with – the Malachi-like – Nehemiah the governor).