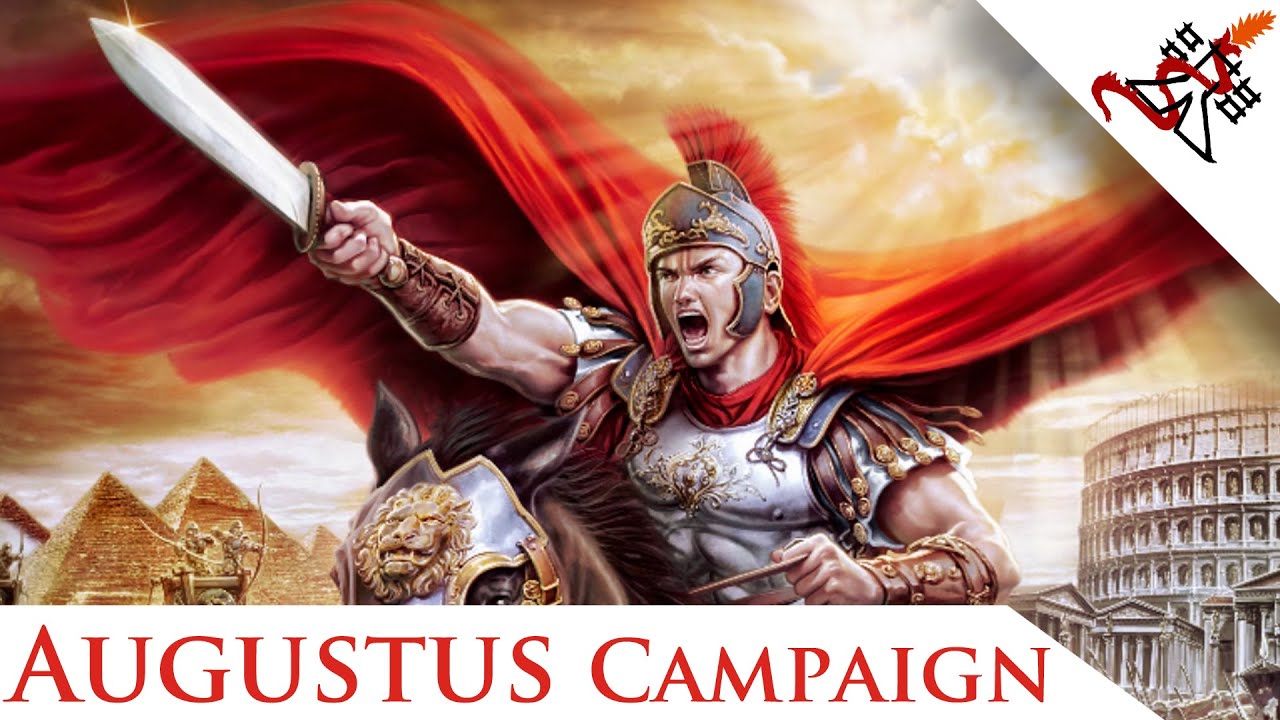 “… the rehabilitated Herod is considerably more Roman than his older counterpart. In the new portrait of Herod, he faces west toward Rome and Augustus rather than east toward the Hellenistic kingdoms, and he is described as “a friend of the Romans” rather than as “an Arab monarch”.”

The dates and lengths of reign conventionally assigned to the succession of early Herodians: Herod the Great, Herod Antipas, and Herod Agrippa I, run strikingly parallel to those of the early Julio-Claudian emperors: Augustus, Tiberius, and Caligula. Thus we find – and we must make allowance (by at least a handful of years) for the famous chronological uncertainties associated with Herod the Great:

And the ‘Roman-facing’ Herod the Great, according to Byron McCane’s re-evaluation of this most significant of ancient kings (“Simply Irresistible: Augustus, Herod, and the Empire”, JBL: https://www.questia.com/library/journal/1P3-1625441681/simply-irresistible-augustus-hero), has frequently been compared with the emperor Augustus. See e.g.: http://portal.lvc.edu/vhr/articles/2015-Bonar%20J%20&%20H%20Journal%20EDITED.pdf

As for Herod Antipas (http://uncyclopedia.wikia.com/wiki/Herod_Antipas):

Herod Antipas grew up in an unusual household where you didn’t know if your father was going to provide you with love or instant death. Herod the Great was perhaps one of those people who wasn’t really suited to be a dad. A homicidal monarch yes – a father no. Perhaps it isn’t surprising that in his own later life Herod Antipas had no interest in starting his own family, perhaps he feared he would kill his own children or keep an ex-wife in jars of shredded marmalade. It was a wise choice … [,]

well, he was something like Tiberius insofar as (https://books.google.com.au/books?id=i18-QVydZp4C&pg=PA870&lpg=PA870&dq=tibe): “… sufficient factual evidence remains to show that Tiberius was an eccentric, misunderstood, and unloved person”.

After the death of Livia, however, Tiberius, with the encouragement of Sejanus, systematically persecuted this family. Accusing them of plotting to assassinate him, Tiberius banished Agrippina the Elder and her oldest son, Nero; her second son, Drusus, was imprisoned a year later along with Asinius Gallus, who had earlier asked to marry Agrippina. Within four years these prisoners were all dead, mostly through starvation.

As for Herod Agrippa (there are considered to have been I and a II), we read of “Agrippa II” in The Jerome Biblical Commentary (1968) of this very Caligula-like state of affairs (75: 153): “[Agrippa’s] relations with his sister Bernice (probably incestuous) caused scandal in Rome (Ant. 20. 7. 3 § 145 …)”. Agrippa I is even supposed to have sojourned with Caligula in Rome (http://www.livius.org/articles/person/herod-agrippa-i/): “Agrippa stayed in Rome. The relation between the Jewish king and the Roman emperor was excellent, which is remarkable, because many considered Caligula a madman, and he could be very cruel indeed”.

Compare: “Caligula announces he will be a god when he is dead. … Caligula becomes obsessed with attaining the status of a god …”. (Hawes, Wm., Caligula and the Fight for Artistic Freedom), with Acts 12:21-23:

On the appointed day Herod [Agrippa], wearing his royal robes, sat on his throne and delivered a public address to the people. They shouted, ‘This is the voice of a god, not of a man’. Immediately, because Herod did not give praise to God an angel of the Lord struck him down, and he was eaten by worms and died.

According to The Jerome Biblical Commentary (75:130): “Herod’s reign falls into three parts”.

Let us consider these three phases in turn, and compare them with the reign of Augustus.

These early years were used mainly to consolidate his powers, and were marked by the cold-blooded, systematic elimination of any who might contest his authority.

…. His cruelty, rooted in insatiable ambition, was notorious, yet he was surrounded by intrigue and conspiracy that made him fight for his very existence.

The same single-minded pursuit of power and use of force, during a tumultuous phase of history (at least, so-called), is apparent in the early years of the career of Caesar Augustus (http://www.history.com/topics/ancient-history/emperor-augustus):

As the first Roman emperor (though he never claimed the title for himself), Augustus led Rome’s transformation from republic to empire during the tumultuous years following the assassination of his great-uncle and adoptive father Julius Caesar. He shrewdly combined military might, institution-building and lawmaking to become Rome’s sole ruler ….

Likewise, Octavius is “cold and calculating” according to (https://www.cliffsnotes.com/literature/a/antony-and-cleopatra/character-analysis/octavius-caesar):

As one of the three triumvirs, Octavius is the youngest and the most ambitious of the three.

…. Nothing exists for young Caesar except the single goal of acquiring and maintaining power. …. Because of the limited range of Octavius’s vision and interests, he often appears cold and calculating, and many of his actions are indeed calculated ones. In betrothing his beloved sister to Antony, his long-time rival, he shows that he is capable of placing political expediency above family loyalty. Conversely, when Antony abandons Octavia, Octavius acts like the outraged brother who wishes to avenge his sister’s honor. While his pride is understandably piqued, his anger also hints of opportunism, for here is the perfect pretext for attacking his rival.

Octavius struggles for supremacy within the Triumvirate ….

Octavius has few devoted friends … the lot of the ruler who must sacrifice everything to stay in power. He trusts no one, and he fears to let himself be close to few, if any, of his men. His treatment of Lepidus is one example of how he can cast aside presumed friends in order to achieve even more power.

Octavius, at times, seems almost without principle. …. Basically, then, we can say that Octavius symbolizes the world of power, politics, and war. ….

Once opposition to his power had been removed, Herod embarked on a period of lavish and munificent cultural improvements in his realm, financed mainly by taxes … emperor-temples, theaters, hippodromes, gymnasia, baths, and even new cities.

…. In all of this Herod was influenced by the cultural advances of the Augustan age, for he had surrounded himself with Greek philosophers and rhetors as advisers. … [e.g.] Nicolas of Damascus ….

During his 40-years reign, Augustus nearly doubled the size of the empire, adding territories in Europe and Asia Minor and securing alliances that gave him effective rule from Britain to India. He spent much of his time outside of Rome, consolidating power in the provinces and instituting a system of censuses and taxation that integrated the empire’s furthest reaches. He expanded the Roman network of roads, founded the Praetorian Guard and the Roman postal service and remade Rome with both grand (a new forum) and practical gestures (police and fire departments).

Augustus’ campaign to rejuvenate Rome largely hinged on his uncanny ability to inextricably link the city’s aesthetic splendor to its imperial splendor. The strong connection Augustus fostered between visual and moral strength encouraged the city’s wealthy men to invest in the capital’s built environment; the Temple of Hercules and the Muses, the Temple of Diana, the Atrium of Liberty, the Temple of Saturn, and the amphitheater of Statilius Taurus are all massive projects funded exclusively by Rome’s elite (Suetonius 60). These endeavors were viewed, even in their own age, as tangible markers of Rome’s ascension to cultural prominence and the re-solidification of the Empire’s standards following the late Republic’s seemingly all-encompassing decrepitude. In his Res Gestae Augustus takes care to highlight the marble magnificence of his Rome; “I built the Senate-house…and the temple of Apollo on the Palatine with portocos…I rebuilt the Capitol and the theater of Pompey…I rebuilt aqueducts in many places that had decayed with age… I completed the Forum of Julius…I built the temple of Mars Ultor…I rebuilt the Flaminian road…,” (Res Gestae) ….

“His reported last words … to his subjects he said, “I found Rome of clay; I leave it to you of marble …”.” (http://www.history.com/topics/ancient-history/emperor-augustus)

Some Greek influence on Augustus: “During his childhood Octavian was educated in Greek philosophy in Athens” (http://www.conservapedia.com/Augustus_Caesar).

The clear Greek inspiration in style and symbol for official sculptural portraits, which under the Roman emperors became instruments of governmental propaganda, is a central part of the Augustan ideological campaign, a shift from the Roman Republican era iconography where old and wise features were seen as symbols of solemn character. Therefore, the Prima Porta statue marks a conscious reversal of iconography to the Greek classical and Hellenistic period, in which youth and strength were valued as signs of leadership, emulating heroes and culminating in Alexander the Great himself. Such a statue’s political function was very obvious—to show Rome that the emperor Augustus was an exceptional figure, comparable to the heroes worthy of being raised to divine status on Olympus, and the best man to govern Rome.

The Jerome Biblical Commentary (75:133): “It was domestic strife that marked the last years of Herod’s reign”.

Augustus married three times, although his first union, to Mark Antony’s stepdaughter Clodia Pulchra, was unconsummated. His second wife, Scribonia, bore his only child, Julia the Elder. He divorced in 39 B.C. to marry Livia Drusilla, who had two sons—Tiberius and Drusus—by her first husband, Mark Antony’s ally Tiberius Claudius Nero. The family tree became more complicated after Augustus had his stepson Tiberius briefly marry his daughter, and then adopted Tiberius outright as son and successor in A.D. 4.

The tripartite pattern of reign set out above is probably fairly typical for great and long-reigning monarchs, with an initial phase of single-minded quest for supreme power accompanied by cruelty and bloodshed; then a peaceful and prosperous phase enabling for grandiose projects; with a final decline towards the end, due to age and possible disputes over succession.