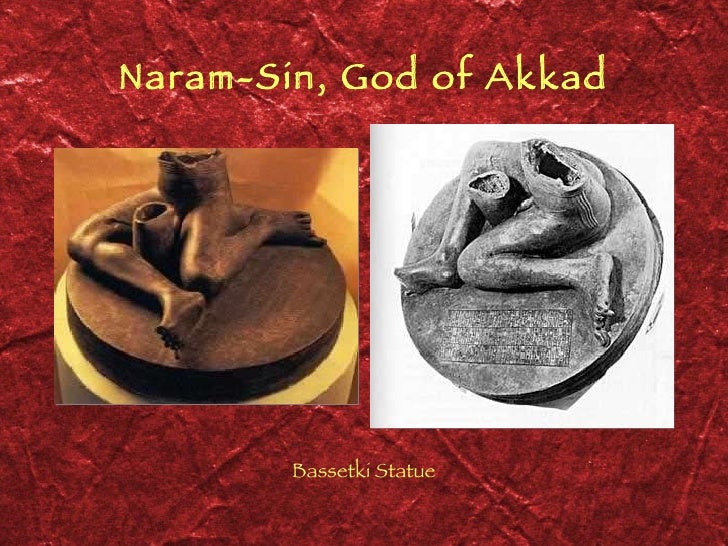 Sargon of Akkad and Nimrod

Naram-Sin of Akkad and Nimrod

“Now, Naram-Sin similarly sought to assert his human authority towards,

and even against, the gods”.

If Sargon of Akkad were the biblical Nimrod, as some think to have been the case, and, if Sargon and Naram-Sin were the same person – all of this tentatively suggested in Part One: https://www.academia.edu/39490686/Sargon_of_Akkad_and_Nimrod

then it must irresistibly follow that Naram-Sin and Nimrod were the same person.

That connection Naram-Sin = Nimrod has already been picked up on the Internet.

For instance, there is this contribution: “All of these lines of logic lead to the strong suggestion, that Naram-Sin was the basis for the biblical Nimrod”, at:

Nimrod is mythically remembered for seeking to assert human immunity to Divine demands, and reliance on local human authority:

Now it was Nimrod who excited them to such an affront and contempt of God. He was the grandson of Ham, the son of Noah, a bold man, and of great strength of hand.

He persuaded them not to ascribe it to God, as if it were through his means they were happy, but to believe that it was their own courage which procured that happiness.

He also gradually changed the government into tyranny, seeing no other way of turning men from the fear of God, but to bring them into a constant dependence on his power.

He also said he would be revenged on God, if he should have a mind to drown the world again; for that he would build a tower too high for the waters to reach. And that he would avenge himself on God for destroying their forefathers (Josephus).

Now, Naram-Sin similarly sought to assert his human authority towards, and even against, the gods. And, the historical Great Flood had happened c.3000 BC, during a regional climatic anomaly ([ame=”http://en.wikipedia.org/wiki/Piora_Oscillation“]Wiki[/ame]). That Great Flood was widely attributed to Divine Displeasure, against Sumer. So, if Naram-Sin, as Nimrod, sensed a second, similar, regional climatic anomaly, then he might have tried to stave off social unrest, by asserting his personal power, against ‘the gods’. All of these lines of logic lead to the strong suggestion, that Naram-Sin was the basis for the biblical Nimrod.

“Naram sin is another name given to Nimrod which is mentioned in the book of Genesis (10:8)”.

Naram-Sin was who? The Bible Genesis’s own Nimrod?

Naram-Sin was considered to be the king of the four corners of the universe. Not even his great grandfather Sargon could behold such a honor only referred to as king of Kish. This was because under Naram-Sin the Akkadian empire was at its peak.

Some say the bible itself depicts Naram-Sin as Nimrod son of Cush great grandson of Noah and king of shinar. Nimrod was depicted as a man of power in earth, and a mighty hunter. He was rebellious to god. Genesis said in the beginning of his kingdom were the towns of Babel, Akkad, and Calneh in land of shinar (Mesopotamia). ….

The Origin and Real Name of Nimrod

The Origin and Real Name of Nimrod

Further to all this, I have tentatively identified Naram-Sin as Narmer:

And, as noted below, David Rohl has linked “Narmer and Nimrod” (though it must be said that the linguistic correspondence in this case is far from ideal):

This is interesting, then, when we establish a link between Narmer and Nimrod. Most Ancient Days, a revisionist chronology site, links the two based on the Narmer plate. David Rohl makes the same comparison. Narmer also has no recorded genealogy, maybe because his parents were pre-Egyptian? …. 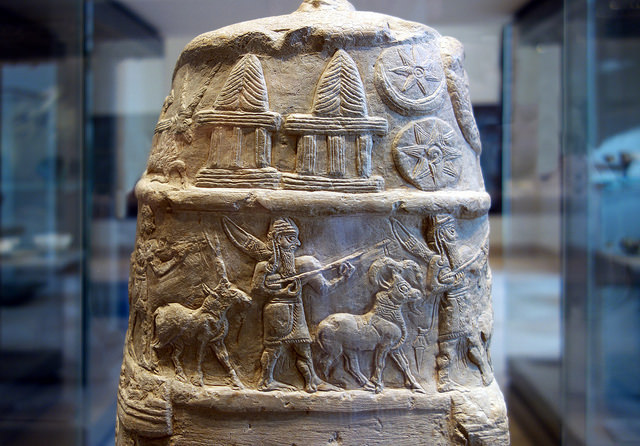 “Unfortunately, we are not much better off as regards the period of Kassite domination in Iraq … all we have at present is about two hundred royal inscriptions – most of them short and of little historical value – sixty kudurru … and approximately 12,000 tablets … less than 10 per cent of which has been published. This is very little indeed for four hundred years – the length of time separating us from Elizabeth 1”.

On a previous occasion, I wrote regarding a Velikovskian type downward revision of Babylonian (Kassite) history:

Also, though most of the Hammurabic dynasty would have concluded before this period, its final (weaker) kings, who would date to the very period under consideration, would need to be accounted for. Here is my proposal. Hammurabi and his powerful son, Samsuiluna, would now fit into the uncertain phase of Babylonian history of the first half of the C10th BC. The next son, Abi-eshuh, under extreme pressure from the Kassite, Kashtiliash, would be a contemporary of Tukulti-Ninurta, who defeated a Kashtiliash. As the Kassites had increased their pressure, Hammurabi’s later successors were driven northwards; so that, by the time of Shamsi-Adad V, son of Shalmaneser III, ‘descendants of Hammurabi’ are found in the Mari region. Thus there is no crush, with, all at once, Babylonian, Kassite and Assyrian kings occupying Babylon at the one approximate time.

… Kassites; likewise an ‘Indo-European’ people … a single quote from Roux might suffice here: ….

“Hittites, Mitannians and the ruling class of the Kassites belonged to a very large ethno-linguistic group called ‘Indo-European’, and their migrations were but part of wider ethnic movements which affected Europe and India as well as Western Asia”.

The Kassites, ‘Mitannians’ and Hurrians all seem to have expanded to approximately the same places eastwards at approximately the same time (by the revision). The Subarians and Lullubi are sometimes linked with these. An ‘Indo-European’ connection as noted by Roux, especially between the Kassites and the so-called ‘Mitannians’, would certainly account for the skilled horsemanship attributed to the Kassites …. The ‘Mitannians’, like the Kassites … seem to have been something of a horseriding aristocracy or élite amongst the Hurrians and other associated nations. The Hurrians (already discussed in Chapter Two) are often linked with the ‘Mitannians’ as Hurri-Mitannian – but were apparently though neither Semitic nor ‘Indo-European’ in the language they spoke. It has sometimes been called Asianic.

It is not I think too much to say that the Kassites are an enigma for the over-extended conventional scheme. Roux has given the standard estimate for the duration of Kassite rule of Babylonia: … “… a long line of Kassite monarchs was to govern Mesopotamia or, as they called it, Kar-Duniash for no less than four hundred and thirty-eight years (1595-1157 B.C.)”. This is a substantial period of time; yet archaeology has surprisingly little to show for it.

“Unfortunately, we are not much better off as regards the period of Kassite domination in Iraq … all we have at present is about two hundred royal inscriptions – most of them short and of little historical value – sixty kudurru … and approximately 12,000 tablets (letters and economic texts), less than 10 per cent of which has been published. This is very little indeed for four hundred years – the length of time separating us from Elizabeth 1”.

[Seton] Lloyd, in his book dedicated to the study of Mesopotamian archaeology, can give only a mere 4 pages (including pictures) to the Kassites, without even bothering to list them in the book’s Index at the back. ….

Incredibly, though the names of the Kassites “reveal a clearly distinct language from the other inhabitants in the region”, as van de Mieroop writes, “and Babylonian texts indicate the existence of a Kassite vocabulary, no single text or sentence is known in the Kassite language”. ….

Obviously, new interpretations are required. The Kassite period is thought to have been brought to its end by the Elamites in the mid-C12th BC. But there emerges quite a new picture about the Kassites when their history is condensed in the context of Velikovsky’s EA revision (VLTF) and this people is re-located well down the time scale. When this is done, the extremely meagre archaeological and historical traces of the Kassites become supplemented by the abundant archaeology and documentation from Syro-Mitanni through to Babylonia during the early to mid C1st millennium BC. ….